“I told myself that I will not be a victim of fear. I might be bruised, I might be traumatized, but I WILL be Unbreakable.”

Those are the words I spoke on a Today Show interview back in 2018 after my attempted carjacking experience. Being held at gunpoint and fearing for my life was an experience that truly changed me, and while it was scary and awful, it also made me stronger and empowered me to use that experience to encourage other women to fight for their right to live without fear too. While Unbreakable began as just a self-defense workshop, it has evolved into a women empowerment movement; a movement where I want to encourage and inspire women all over the world to join together, arm in arm, to break through barriers emotionally, mentally and physically.

My Unbreakable journey began in 2017. I sat at a red traffic light, all dressed up on my way to an event, feeling on top of the world. I was just crowned Miss South Africa a couple months before. It was peak hour traffic and broad daylight when I looked to my left and right and saw that five armed men were surrounding me. I knew that my materialistic things were not worth my life, so I put up my hands in surrender and gave them everything I had. I was hoping that would be the end of it, and tried to run, but the moment I tried to get away, a guy grabbed me and pushed me back into the car, yelling, “Get in, you’re going with us!” Through various safety driving courses that I had taken prior to this event, I learned that the second destination will never be better than the first, and I knew that I had to get away.

At that moment I knew I had three decisions I could make: fight, flight, or freeze. All that was going through my head in the moment was, “No, I’m not going with you. I don’t care if you shoot me, if you kill me, but I’m not going with you.” I punched that guy as hard as I possibly could in his throat, and it gave me a split-second window of opportunity to run away. In my six-inch heels, in broad daylight during peak-hour traffic, I ran up a big avenue. I ran, looking over my shoulder, not knowing if I was going to be shot in the back or followed.

You would think that’s the worst part of this story. As I ran up that avenue, I knocked on about 30 or 40 car windows. Do you know how many cars stopped for me? Not one. Not one person stopped to help me. I don’t know what was more terrifying, being attacked by these five armed men, or not getting any help. I kept running. I kept knocking on windows. I ended up at the next traffic light when I saw a small car pull over to the side of the road with a young girl inside telling me, “Get in! Get in!” Just before she leaned over to unlock and open the door, she looked at me and said, “You don’t have a gun, right?” And I said, “No, I was just hijacked.” She let me into her car and took me to safety.

If it wasn’t for that young, courageous, 19-year-old girl, I don’t know what would have happened. I am forever grateful for this young woman who risked her own safety to be a helping hand to me. What I learned from that experience is that I don’t want to ever be the kind of person that shoves someone in need away, that rolls up a car window when someone is begging for help. My hope is to always be the person that leans over, unlocks and opens the car door, and leads them to safety.

Although my heart was shattered, my eyes were opened to so many women hurting all over the world. What was one of the scariest situations I’ve ever been in led me to starting what I began as a workshop and my hope is that it continues to evolve in this movement of powerful women. I’m so excited to announce that five years after all of this began, I am relaunching Unbreakable and hoping to make it better than ever! We’re launching it as a women empowerment workshop at the University of Florida and University of Central Florida where I’ll kick off the night sharing my story of becoming Miss Universe, overcoming obstacles, and living with a deeper purpose. We have a special guest, self-defense expert and three time WWE Champion, Eve Gracie, speaking on keeping yourself and others safe, while giving hands-on self-defense training and tactics. We’ll end the workshop by hearing from International Justice Mission educating on the issue of human trafficking and how everyone can play a role in ending it. We’re hoping this workshop will leave these women inspired, encouraged and empowered to pursue their goals and dreams with confidence while cheering for and championing other women along the way. But most of all we hope they learn that together, arm in arm, we all ARE Unbreakable. Follow along on social to see clips and content from the events! If you’re a college student and interested in bringing Unbreakable to your school, fill out the form on this page! 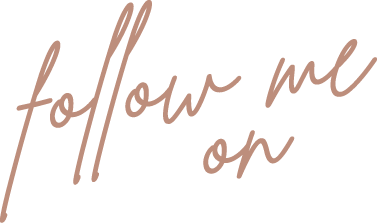